Airtel broadband services, popularly known as Airtel Xstream Fiber is one of the most popular and preferred broadband services in India. It is widely available across the country and offers a high-speed internet connection to its users. Airtel allows you to enjoy the fastest broadband connection in most circles offering a speed ranging from 40 Mbps up to 1 Gbps, depending on a user’s requirements.

In this article, we will looking into the latest information on Airtel broadband plans in 2022, the current offers/benefits, bill payment details, and much more. 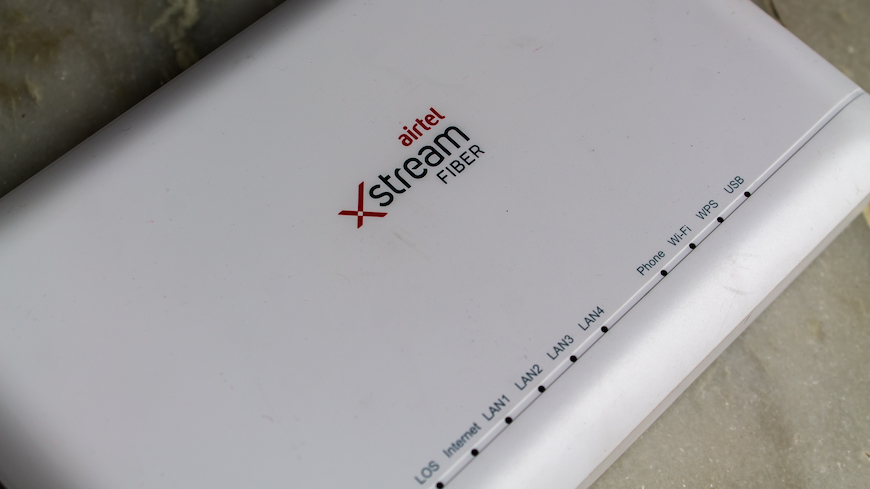 What is Airtel Broadband?

Airtel Xstream Fiber is the broadband service that is offered under Airtel’s umbrella of services. It comes with a fiber-optic internet connection which elevates a regular broadband connection experience with high-speed internet. Airtel currently has five different monthly plans under the Xstream Fiber broadband service. The starting plan is from ₹499, which is the cheapest one in this series offering 40Mbps internet speed.

Benefits of getting Airtel broadband

There are quite a few benefits that you can get when you subscribe to Airtel’s broadband services. Here is a list of the benefits.

How to get an Airtel Xstream connection?

How to disconnect Airtel broadband?

To deactivate airtel broadband connection, there are more than one ways to opt for discontinuation of the internet service. We have compiled the different methods for you.

These are the certain steps that need to be followed for deactivating this service offline.

To deactivate your Airtel broadband connection via email, check out the steps mentioned below.

What is the Airtel Xstream Box?

Airtel Xstream box is a direct-to-home television box that converts your regular TV into a smart TV. It works very similarly to a Firestick, android tv set-top box. Along with this box, you get a smart remote, which will allow you to search any channel or show by just giving a command. With the Airtel Xstream box, a user gets to enjoy various online content across multiple OTT platforms such as Netflix, Amazon Prime, and more. It also has a built-in Chromecast feature that allows users to discover content using voice search.

Most of the broadband plans provided by Airtel include unlimited internet usage (with a set FUP), unlimited calling, and a few entertainment benefits such as a subscription to Amazon Prime Video, Disney+ Hotstar, Airtel Xstream app, etc. These plans generally operate on a monthly basis. Check out the plans below.

What are the Airtel Xstream broadband plans?

We have compiled the information on all the Airtel Xstream Fiber plans that are currently available for Airtel users.

What is the best Airtel broadband plan?

The best Airtel broadband plan is the ‘Entertainment’ plan offered by the company. As per the Airtel website, it is the best-selling plan. You can check out the details below, to know why it’s the best plan.

What is the cheapest broadband plan by Airtel?

The good thing about big telecom providers such as Airtel is the ease of options they provide for bill payments and other such services to their customers. Hence, If you are using Airtel broadband, then you also have various options to pay the bill online.

How to make bill payment for Airtel broadband?

➡️ Airtel broadband bill payment via App:
Airtel’s official mobile app called the Airtel Thanks app is an easy and reliable option to pay the broadband bill online. Here’s how you can pay through the app:

Is there a bundle package with Airtel broadband?

As Airtel keeps evolving its services and plans, the company recently launched its all-in-one solution service for its customers, known as Airtel Black. This service feature allows subscription and management of mobile, broadband and DTH services, all together.
Depending on the preferences of a customer, he/she can bundle 2 or more of Airtel services (Fiber, DTH, Mobile) together to become an Airtel Black member. This entitles a customer to one single bill, one specific Customer Care number with a dedicated team of relationship managers, and priority resolution of faults and issues.

What are the Airtel Black broadband plans?

There are plans that are bundled as mobile (postpaid) + DTH plan, mobile + broadband plan, and also DTH + broadband plan. Since we’re focusing on the broadband plans in this article, we will be highlighting the Airtel Black plans consisting of broadband service inclusion.

Airtel has a customer care service available across the country to provide ease to their customers in every particular region. To find a physical store or Airtel’s partner outlets, you can simply head on to the website, enter your city/postal code information and find out all the centres near your location.

Is the router free with Airtel XStream?

For most of the broadband plans offered by Airtel, the company offers a free router along with the service.

Why opt for Airtel Xstream Fiber?

What is the Airtel Xstream stick?

Airtel Xstream Stick is a Chromecast device by Airtel that connects with your TV through the HDMI Port and can be used to stream content from OTT Apps.

How to check Airtel broadband usage?

You can check the Airtel Broadband usage through the Airtel Thanks app. Once you have logged into your account using your registered mobile number, you will get the various accounts including the Fixed Line Broadband. Your usage of broadband will be displayed there as well as your outstanding bills if any.