What is a Good Internet Speed?

Internet speeds are becoming increasingly important in our everyday lives. Whether it’s for business, entertainment, or leisure, most people spend considerable time on the Internet.

Let’s deep dive into the subject of finding out what is a good internet speed and how different internet speeds come into use for various purposes. 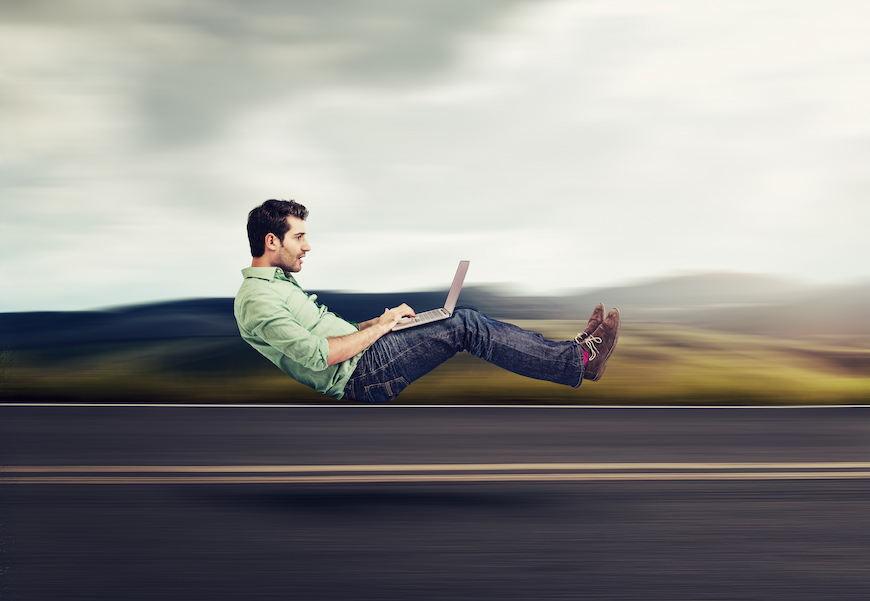 What is a good internet speed?

The speed of the internet you should get is dependent on your usage. If you only use the internet for emails, web browsing, and watching small videos, you might be okay with 3-4 Mbps. However, if you need to download things often, make sure you have a minimum of 10 Mbps. The speed of your internet connection is important because it directly impacts how quickly you can load your favourite websites and online gaming environments.

How is internet speed measured?

Internet speeds are measured in megabytes per second. However, other factors are taken into account. The time it takes to transfer a file to or from a server or the time it takes to load a web page is called latency. Latency is expressed in milliseconds or ms. Speed is the number of megabytes per second and latency is the number of milliseconds it takes for a signal to travel.

What is considered a good internet speed?

Internet download speeds of 100 Mb/s or higher are often considered fast internet because they can support multiple online activities for multiple users at once without major interruptions in service.

What is the average internet speed in India?

A June 2021 report shared by Ookla revealed that India has an average 60.06 Mbps download speed in fixed broadband and 56.47 Mbps upload speed.

What is a good internet speed for home?

А gооd dоwnlоаd sрeed is аt home leаst 25 Mbрs, аnd а gооd uрlоаd sрeed is аt leаst 3 Mbрs. The internet speed needed for your house largely depends on what you will be doing on it. Below mentioned are the details to help you decide what speed will be the best for you.

What is a good internet speed for the office?

An internet speed that is good for the office has enough bandwidth to handle multiple users using it simultaneously. Below mentioned are the ideal internet speed recommended:

How do I find what my internet speed is?

What is a good internet speed test?

What is a good internet speed for streaming?

What is a good internet speed for social media and web browsing?

Social media and web browsing are the most common internet usage activities. Below mentioned are the favorable internet speeds for the same.

What is the minimum speed required for internet usage?

The internet is an integral part of our daily lives. Whether we are searching the World Wide Web for information or sending emails, the internet is essential to our lives. Below mentioned are the minimum required speeds for the most common usage purposes. 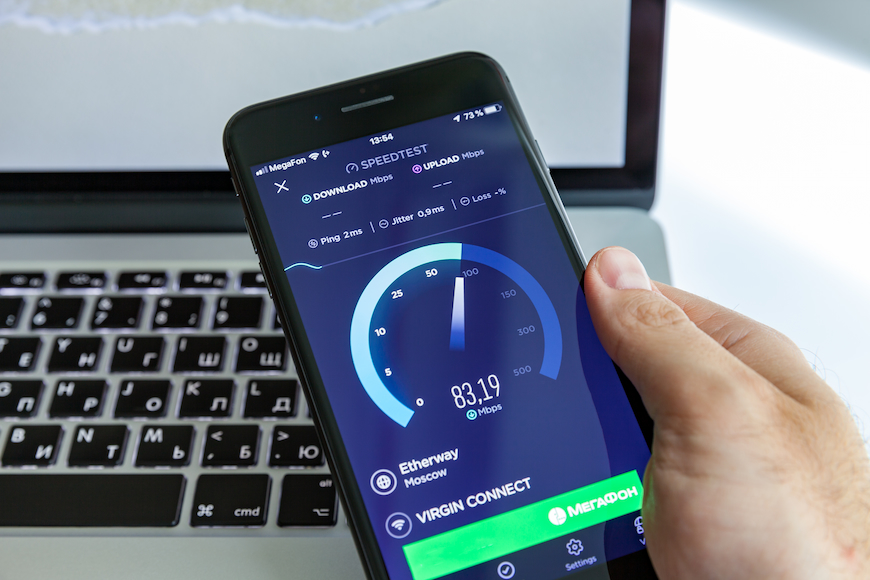 What is the difference between the download speed and upload speed?

When are upload speeds important?

The faster you can send files over the internet. Upload speed is important for people who stream videos or upload their videos to the internet. Upload Speeds help in uploading files like pictures and videos to social media or homework assignments. They are also essential when it comes to video conferencing, VOIP calling, and online gaming.

What are fast internet upload speeds?

Upload speeds of 10Mbps or more are typically considered to be fast internet speeds since they are capable of supporting the majority of common activities for the average user. For HD video calling, for example, Instagram and Facebook recommend upload rates of 1.2Mbps or greater for the best experience.

What is a slow internet speed?

Most people don’t notice how slow their internet is until they’ve used a faster connection. A slow internet speed can be less than 15 megabits per second. Anything less than that is considered too slow to stream videos or play online games. If the internet is too slow at your home or office, there are many ways to fix the problem. You can contact your Internet Service Provider (ISP) and ask if they offer faster speeds for an additional fee. You can also check to see if an update is available for your computer.

How to speed up the internet?

If you notice a slow internet connection speed on your computer or mobile phone, follow the common steps below to fix it.

There are lots of things that can affect your internet connection. For example, how far you are from the router, how many people are sharing the same connection, and what kind of device you’re using. Below mentioned are the factors you need to consider to identify the issues with your internet speed.

Activities such as browsing on google, using social media, or sending emails do not consume a lot of bandwidth. However, if you are live streaming or playing games, they consume more data and might lead to a slower speed.

The number of people using the internet

If multiple people are accessing the same internet network, it can lead to network congestion and reduce speeds for all users. WiFi access points (or routers) don’t have unlimited bandwidth, so if too many clients connect to the same WiFi access point at the same time, that access point will slow down because it’s maxed out.

This often happens during peak activity hours, such as right before work or school lets out when everyone is trying to connect to the web at once. Similarly, it may also occur on a public hotspot where many users are using one network (at an airport, for example), resulting in slowly loading websites and longer load times.

The bandwidth of the internet

If you have multiple devices being used simultaneously by several family members a certain amount of bandwidth speed to get the best experience without a lot of buffering or lag. Having a higher capacity means that you can stream faster from different sources, allowing more people to do their things at once without sacrificing quality.

It’s recommended to replace your router with a new one every 3-4 years. Latest routers use the latest wi-fi standards, such as 802.11, providing a faster network. Old routers also have weak antennas that affect the wi-fi range at home. The router’s location also plays a vital role in the speed of the internet. It is recommended to install the wi-fi connection at the centre of the home. Walls and doors also reduce the speed of the wi-fi network.

Some customers find speed to be the most critical factor when it comes to choosing an internet service provider. This is often based on location because there’s a large variance in what different broadband speeds are offered at different address locations. Some customers are lucky enough to live somewhere where fiber optic connections can give them over 1000 Megabits per second. In contrast, other rural businesses might find themselves stuck on 3-6Mbps DSL connections.

Where does India stand in the world ranking of internet speed?

As of 2021, India Ranks 68th in the world ranking for internet speed with a download speed of 60.06Mbps and upload speed of 56.47Mbps. This was in terms of the fastest fixed-line internet connection.

What are Mbps and Gbps?

Mbps and Gbps are terms used to measure data transfer speed. The difference between the two is by the number of bits they can send and receive each second. Mbps is megabits per second, whereas Gbps is Gigabits per second. 1 Gbps is equivalent to 1000 Mbps.

100 Mbps is fast and slightly above average, but not the best. For most internet users, this speed is powerful enough to let you stream videos and play online games on a handful of devices with a minimal amount of slowdowns.

Which is the fastest internet in India?

Jio Fiber by Reliance Jio is the fastest in India, with a median download speed of 61.88 Mbps. It is followed by Excitel, ACT, Airtel, Hathaway, and BSNL. Concerning latency, Excitel and ACT are the top two ISPs.

Broadband Plans – Information on the latest tariffs and benefits